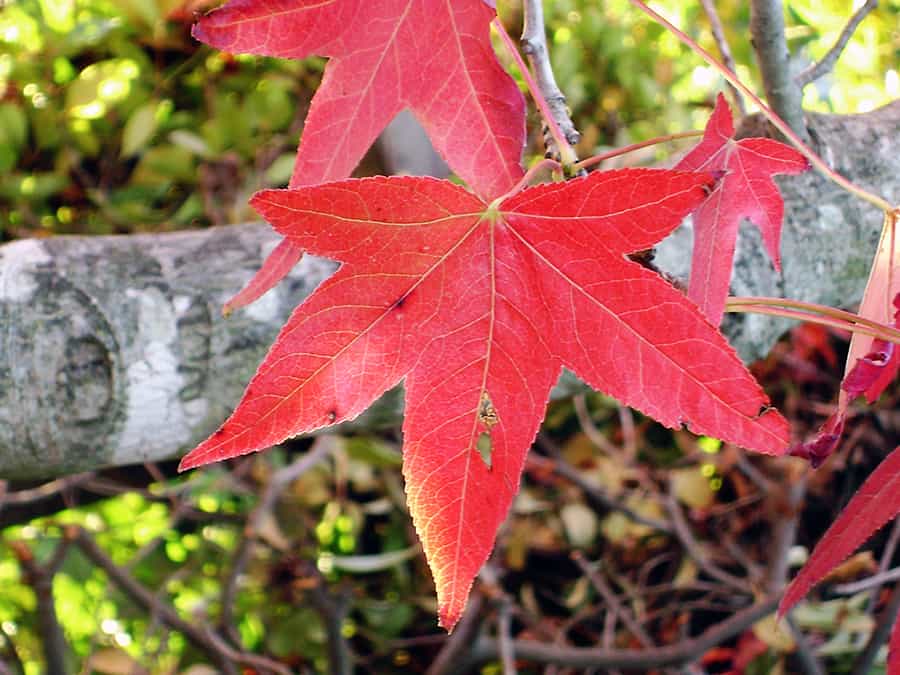 What do leaves do for plants?

The leaf fulfills several functions in the plant, such as photosynthesis, respiration, or transpiration.

These functions can also be carried out by the herbaceous stems and by the young portions of the woody stems.

In some leafless plants, such as cacti, these functions are performed by the stems.

What do leaves do for plants?

Photosynthesis, also known as the chlorophyll function, consists of the synthesis or production of organic substances with nutritional properties (sugars) from atmospheric CO2, which the leaves absorb through the stomata, and the water supplied by the plant’s roots.

This process requires an energy consumption that is obtained from sunlight and oxygen is generated in it.

Photosynthesis is an essential process for life on the planet, since it allows the production of organic matter from inorganic matter and the energy provided by sunlight, and generates the oxygen that is emitted into the atmosphere.

Photosynthesis is possible thanks to special pigments that plants contain, the most important of which is chlorophyll, responsible for the green color of vegetables.

Breathing is the process by which the energy necessary to develop biological activity is obtained through the metabolization of products (sugars) through photosynthesis.

Breathing requires the taking of oxygen from the atmosphere and the emission of CO2.

During the day, respiration is masked by photosynthesis, but during the night the respiration plant breathes, releasing carbon dioxide and absorbing oxygen.

Breathing is carried out by all the living cells of the plant, not just by the leaves.

But the gas exchange takes place mainly through the stomata, which are much more abundant in the leaves than in other parts of the plant.

Transpiration consists of the loss of water , in vascular plants, is carried out through stomata.

It is a fundamental process so that the raw sap can move from the soil to the leaf and to control the temperature of the vegetable.

In addition to the essential functions listed, plants are able to take some nutrients from the leaves and incorporate them into the vascular bundles.

Tree species (olive, orange and other fruit trees) are those with the highest absorption capacity.

Leaves not only play an important role in plants but also in our daily life.

It help a lot to clean the air.

Plants are living beings and affected by the plant kingdom that, although they cannot move from one place to another, they have no need to do so, at least to feed, they have a large internal factory, they only need energy from the sun, water, and some nutrients from the earth with this they make their own food in a more complex process called photosynthesis

Parts of a plant:

The stem transports water and nutrients from the roots to the leaves and the food produced by them to the rest of the plant.

The stem also serves to maintain the stability of the plant and gives it the ability to reach the height necessary to be exposed to sunlight.

The stem can be short or long.

The leaf is one of the most important parts of plants. They contain the green pigment called chlorophyll, which absorbs energy from sunlight and uses it to convert carbon dioxide to oxygen.

They also absorb and diffuse water and gases.

They are very varied in shape, color and size.

Flowers are important in the manufacture of seeds and therefore in the reproductive function.

After the plant is mature, the flowers begin to appear according to the conditions of the environment, they are beautifully colored structures that have the necessary components for insects and small birds or the same wind to carry out pollination.

The root is a generally underground and leafless organ that grows in the reverse direction of the stem and whose main functions are to fix the plant to the ground and absorb water and mineral salts.

The root is present in all vascular plants except for some pteridophytes that have rhizoids and some aquatic plants.

The fruit is the organ that comes from the flower, or parts of it, that contains the seeds until they ripen and then helps to spread them.

The enormous variability of the leaves allows to classify them into different types within them we find:

1.The rib or vein of the leaves varies depending on the species, although the most common are those of parallel ribs or parallel ribs.

2. The leaves can also be classified by their edge. This can be smooth (integer); have indentations (jagged edge or with small indentations); more or less pronounced indentations (lobed edge, scalloped, split), etc.

3. According to the composition of the leaves based on the characteristics and appearance of the limbus, they are classified as simple or simple and compound.

According to the limbo shape, the leaves can be classified into:

By its arrangement on the stem

Utilities of the leaves:

1. They are nutritional, those that serve the human being for their food such as lettuce, chard, cabbage, spinach and others.

2. They are medicinal, those used for diseases, such as eucalyptus, mallow, borage.

3. They are industrial, those that are used for the elaboration of products destined for commerce, such as tobacco, indigo, cocuiza, and others.

Another classification of the leaves:

The leaves can also be classified depending on their duration.

In this case they are divided into:

Expires: They only remain a vegetative period and fall in the fall.

When this happens, the functions of the plant are reduced.

Perennial or persistent: They are maintained for more than one vegetative period and are periodically renewed, new ones appearing as the old ones detach.

Marcescent: They turn yellow when they dry, but they remain on the tree in the same way, until the new ones begin to develop.